Could it be THURSDAY already?! T’is boys and girls and that only means one thing! Sketch challenge time over at Create with Connie and Mary! I started out super confident about this sketch but don’t let it fool you folks! It’s called a challenge for a reason after all. I fought with this pup for HOURS!

If you look closely you may see a little white playing peek-a-boo behind the Daffodil Delight hearts. That was  part of the struggle. I felt desperate to use white for some reason and guess what… They were stitched on so I couldn’t remove them and pride wouldn’t let me start all over! I mean that was SILK thread I sewed them on with! haha! So I improvised and do what good folks do… COVERED THEM UP! I ran some more hearts through the big shot using the Decorative Dots folder and voila!

My “merci” is the negative cut into the Basic Black using the Greetings Thinlits (and just FYI Margaret Raburn, you can join me in France any time for some coffee at a trendy cafe! 😉 ).  So that’s all folks! I hope you’ll click on over to Create with Connie and Mary and get inspired by the other designer’s cards. They always inspire me!

Just one more thing… I know, last week’s post was short and this is draaaaaaging… (maybe because the baby is asleep!). But while typing and ending the sentence with a period, do you single or double space? There seems to be much debate over this. According to online references I am considered old school because I double space.

Over and out for now friends! Thanks for stopping by!

Get ready because it’s sketch challenge time at Create with Connie and Mary! Isn’t this a fun one? Come join and get your craft on! Here is my take on the sketch:

I used the Itty Bitty Banners stamp set and heat embossed it in white and mounted it on the Real Red heart that I made using the new Sweetheart punch.  My cute little paper trio on the left side is from the Stacked with Love Designer Series Paper Stack. I can’t forget about the Happy Heart Textured Impressions folder. Oh my, I have so many favorites that I hope Stampin’ Up carry over!

This time coming from a lazy Sunday. Oooooh so lazy. I’m literally in bed as I type. I decided this week to join a challange from CASology. It’s not too late for you to play too! The challange closes at noon tomorrow so go play while you can!

The challange this week is “Mini”. It just so happens that I recently made a cute little 3×3 for our wonderful mail carrier. It may look a little “Valentines-ie” because it is. I put this in our mailbox on Valentine’s day with a box of chocolates for our Mr. Ed. I’m getting a bit off here but bare with me… Mr. Ed is over 80 years old. He works five days a week delivering our mail. He leaves lollipops in the mailboxes for the kids in the neighborhood and on his day off you can find him and his wife volunteering at the VFW. Such a sweetheart!

Ok, back to the card! This is a simple little number that was fun and easy to make. I just layered the Basic Black card stock with Real Red and a 2.5″ x 2. 5″ sheet from the Stacked with Love DSP stack. These little cards are a great way to use up your scraps!

Anywho, I stamped the sentiment (Something to Say set) in craft white and heat embossed. I layered the hearts with some dimensionals and voila, C’est facile! 🙂

Do your supply shopping with me at www.bridgette.stampinup.net! 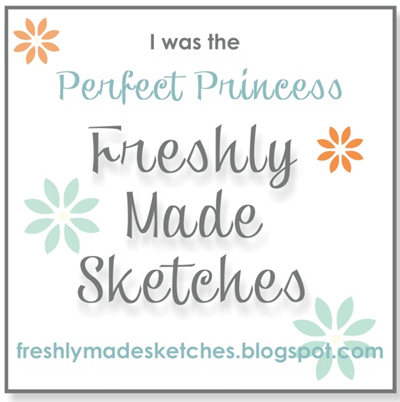